When choosing a wedding song, it's important to select a tune that resonates with both you and your future spouse. However, when you're actor and singer-songwriter Tyler Hilton, it just so happens to be a love song that you wrote for your beloved that's later shared with the world – and likely to become a popular first-dance song for couples.

Most well-known for his role on One Tree Hill, his appearance in Taylor Swift's "Teardrops on My Guitar" music video, and playing Elvis Presley in Walk the Line, Tyler Hilton is also a talented singer and songwriter. His song "When I See You, I See Home" was written about his now wife, fellow actor Megan Park, and features lyrics about finding his perfect match.

Though Tyler didn't plan to perform the song at his own wedding in 2015 (more on that in the interview below), the performance ended up becoming a turning-point for the sentimental song's wedding version and music video that's now being released years after "I do" to celebrate Tyler's first Father's Day with Megan and their daughter Winnie.

Take a look at the music video for "When I See You, I See Home" below, featuring clips from the couple's real wedding, and read on for our interview with Tyler Hilton and Megan Park to learn how they met, details of their nuptials, and what they're planning for their first Father's Day as new parents! 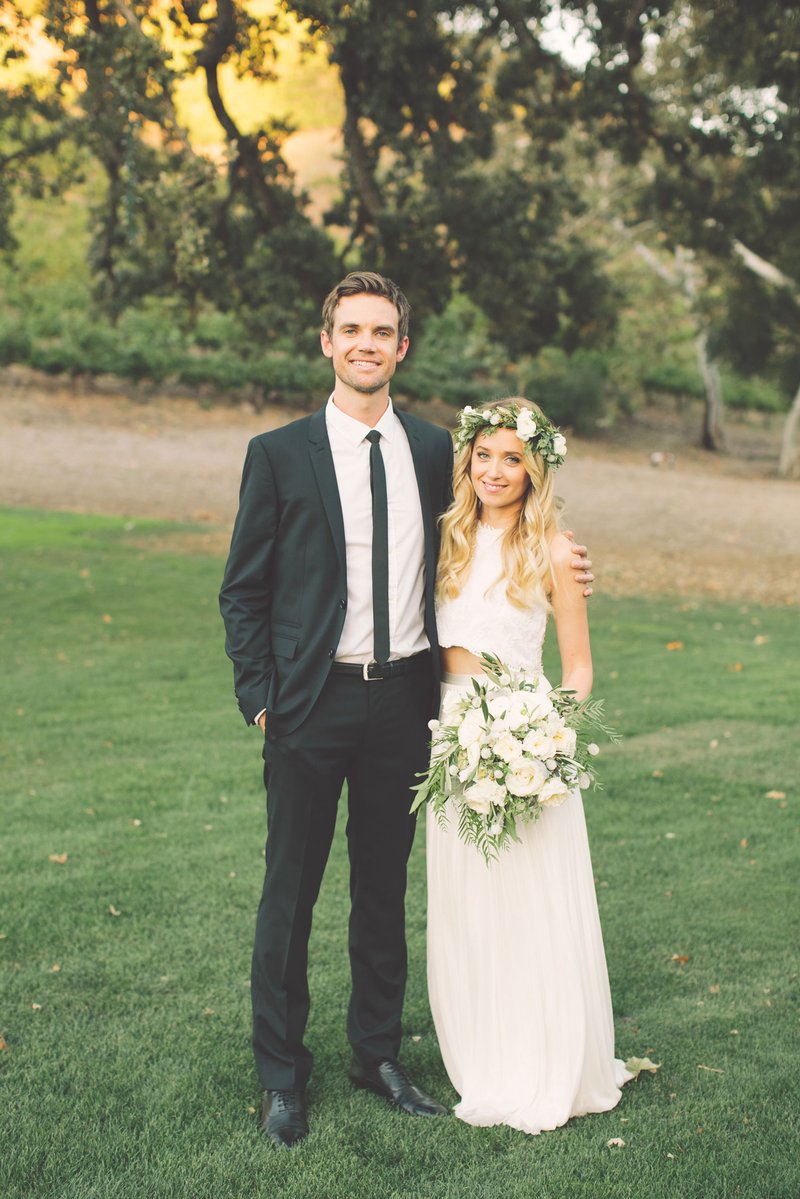 Inside Weddings: How did you two meet? What was your proposal story & where/when did you get married?

Megan: We met doing the movie Charlie Bartlett together in Toronto. Our characters weren’t even supposed to have any interaction in the original script, but once the producers met us independently – before we had met or started filmed – they felt like we’d have good chemistry, so they rewrote the script to have our characters fall in love. Apparently they had some really good intuition! We went on a date the first night after filming, and the rest is history. We got married in Malibu in 2015. We had ping-pong tables and food trucks; it was low-key and perfect.

Tyler: I was so nervous to propose! Even though we’d been together for about eight years and her family felt like mine already, I still asked her mom and dad for their permission... just to make double sure they had a final say before getting stuck with me. They were easy on me. My grandmother, one of my favorite people in the world, gave me her mother’s ring to use to propose to Megan. It was a small, vintage, silver ring and just perfect. It sounds dumb, but I took Megan to the parking lot of the tiny apartment building I lived in when we first started dating, where she’d come to visit me when she still lived in Canada. We were long distance for years and this was the place where our relationship really had its foundation. It sounded cool in my head, but when we got there I thought, Why did I bring her to a parking lot to do this? I started losing it before I even got to my knee, couldn’t even talk because I was so nervous. Luckily she knew where I was going with it!

IW: We loved seeing clips from your wedding in the music video! What was the inspiration behind the day and décor?

Megan: My wedding planner Gloria Meti is the genius behind it all. I just said, "I want it to feel earthy and have lots and lots of flowers." I showed up on the day of without seeing anything before, and it looked amazing! So much of our industry is about show and fancy stuff that I wanted our wedding to be more relaxed and simple.

IW: What were some of the traditions you incorporated into your ceremony that we get to see in the video?

Tyler: For us, we wanted the wedding to be a chance for our friends and family to come together from both sides and have a night to get to know each other, and us as a couple, better. My uncle Tommy, along with being my music mentor, has always been a believer and follower of Native American traditions. He hosted a sweat lodge to bless our marriage a week or so before the ceremony. It was beautiful, and the music and symbolism was powerful. For the ceremony, he brought a beautiful fan of feathers and did a smudge ritual where he fanned burning sage over us to purify our souls. It really ended up giving the otherwise lighthearted ceremony a nice moment of reflection.

Megan: We aren’t very traditional people by nature. Our friend, actress Missi Pyle, married us and ended the ceremony by saying “Don’t mess this up!” which made us laugh. My sister was my maid of honor and Tyler’s best friend was his best man, but otherwise we kept it pretty chill. Tyler didn’t see me in my dress until right before. My mom and sister both gave incredible speeches that made me cry, I remember those well, but everything else was last minute! We decided on the spot to do a first dance because everyone wanted us to. 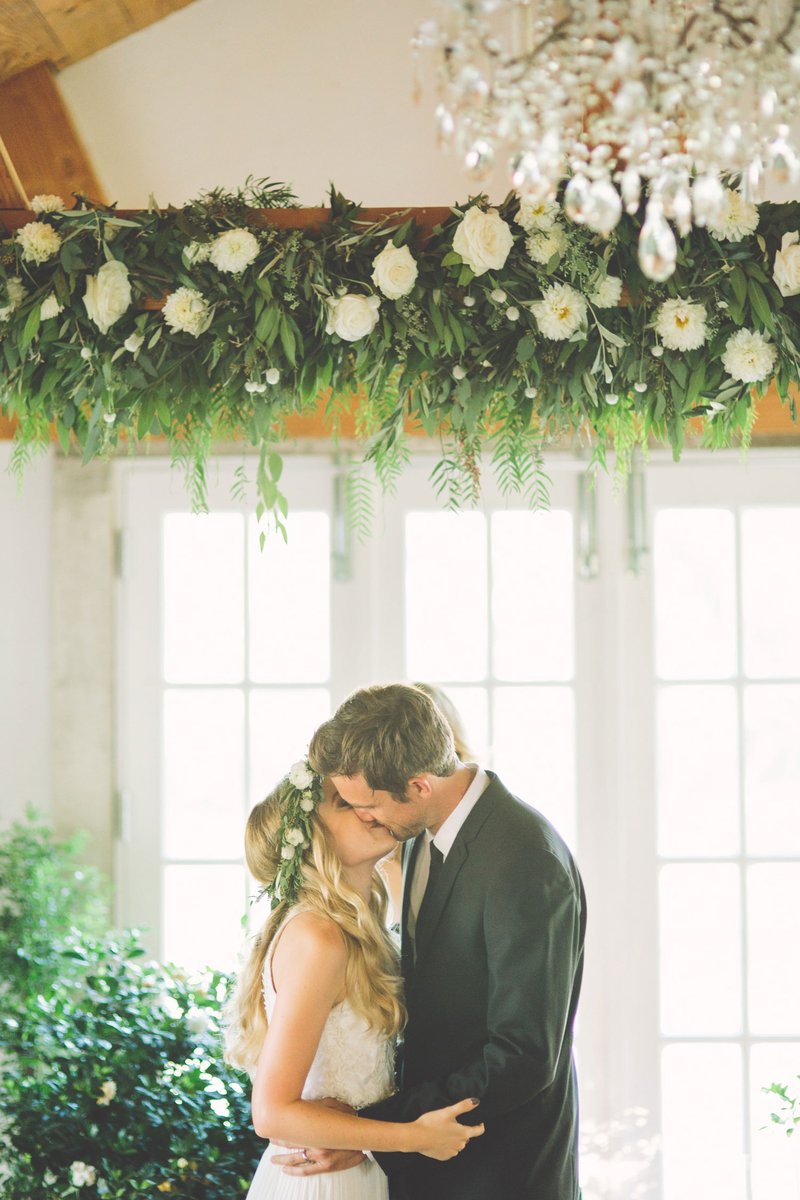 IW: Silly question Tyler, but was Megan your inspiration behind "When I See You, I See Home" or was it a combination of your own love story and love stories of family/friends as well?

Tyler: I wrote it about us getting engaged. It was that process that really had me looking at what this relationship had meant to me up until then and how lucky I was to have it moving forward. At some point along the way, “home” stopped looking like a place and more like a person.

IW: What do you hope people get out of the song/music?

Tyler: I hope it helps people put music and words to something they feel but haven’t been able to articulate.

IW: Did you actually perform it at the wedding as it appears in the video?

Tyler: I owe my friend Curtis for that one! I did not plan or want to sing at the wedding... I had this great bluegrass band called Big Bad Rooster come play, and they were perfect. Everyone who was invited are people I’ve made come to so many shows of mine of the years (laughs), so I didn’t want to make them all quiet down and listen to me sing – it felt even more “look at me” than the wedding already made me feel, which I know is weird to say as someone who does that for a living... but Curtis was like, "Dude, you’re singing whether you like it or not!" When there was a lull, he asked the band to let me do one.

I was really nervous and couldn’t think of anything to sing, but I’d written this song when Meg and I got engaged and hadn’t really played it in public or recorded it, so I thought, Okay, this could be a perfect song to play right now. I’m so glad I did because when we decided to release a wedding version of this song, I was like, Wait! I might have a music video filmed for this already! I sent all the wedding footage to my friend Ryan Forsythe, who went through it all and turned it into the beautiful edit you see. Then he shot the extra footage with Winnie at the end, right after we brought her home from the hospital. So crazy how it all came together...

IW: I feel like your new song will make a beautiful first dance tune for 2020-2021 couples and beyond. What was your first-dance song at your wedding?

Megan: Our first dance song was “Moon River,” which was my grandmother’s favorite song. 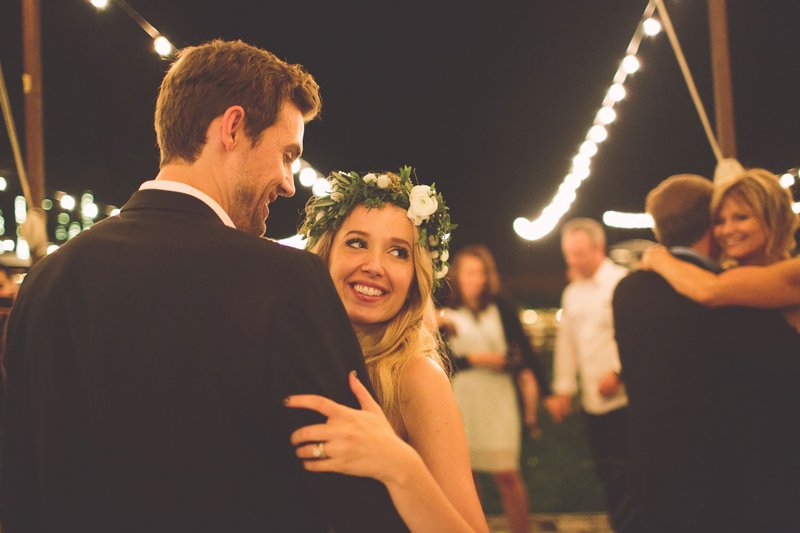 Megan: Honestly, don’t stress the small stuff because it won’t matter in the end. The best part about weddings is the moment you look around and see all these people you love from different seasons of your life – friends from childhood, family, coworkers, etc. – all in one place at one time, celebrating your love. That's truly what it’s all about. You will not remember if the place settings are perfect or if the flowers aren’t just right. Someone spilled red wine down the back of my dress within ten minutes of the reception, but I just had to laugh it off! It all goes by so fast, so just try to enjoy every second of it.

Tyler: Agreed! Create a space for people to enjoy themselves and let the memories take care of themselves – and if you have a song written about your wedding, sing it in case you need that footage for a music video years later (laughs).

IW: Congratulations on your first child! What do you have planned for your first Father's Day?

Megan: Thank you! We’re so over the moon in love with Winnie. She’s the sweetest baby. Father’s Day will be low-key this year as we are quarantining in Canada, so Winnie's grandpa will come over for a socially distant hang, and Winnie and I have a secret homemade art project in the works for her dad.

Tyler: I’m already so obsessed with being this little girl's dad. Even saying I’m someone’s dad is crazy... I can’t even begin to wrap my head around celebrating my first Father's Day this weekend! And…What secret home made art project? 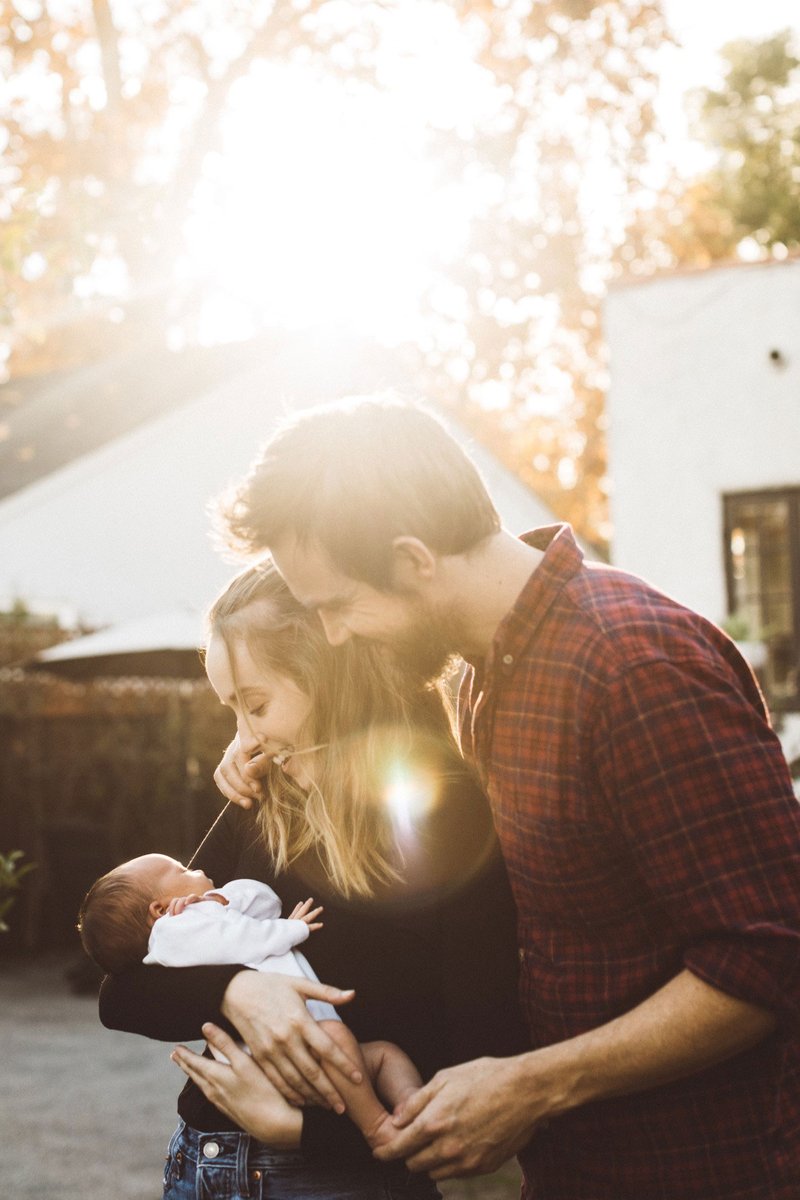 Click the "Stream Now" button below to listen via your favorite music-streaming service!

Discover 100+ songs perfect for your big day from EastCoast Entertainment!

How to Maximize Dancing at Your Wedding Reception

Check out these sure-fire ways to ensure your guests dance all night long.

See if these tunes selected by real brides and grooms are perfect for you.

Travel Advice for a Honeymoon to Italy, France, Spain & Ireland