Looking for inspiration for the music that will be played at your nuptials, but weary of reading repetitive lists of the same suggestions? We combed some of our favorite wedding-themed movies for the music-driven scenes that helped make them memorable and therefore might work as wedding songs – and it turns out there were quite a lot of them. Whether the film was about looking for love (“Muriel’s Wedding”), running from love (“Runaway Bride”), or love in general (“Love Actually”), each featured a wedding and a fantastic soundtrack.

Look through our list of excellent songs culled from wedding-themed flicks, and see if one or more works for your ceremony processional, recessional, first-dance song, or as an all-around awesome reception tune, and be sure to check out the accompanying movie clips (spoiler alert!) and videos on YouTube.

1. “All You Need Is Love” in Love Actually

Who could forget the scene where bride Juliet (Keira Knightley) and groom Peter (Chiwetel Ejiofor) were serenaded with The Beatles’ classic? Such shock; such joy; such a good song! British soul star Lynden David Hall did the main honors in this beloved English film, but the backup choir and musicians sprinkled throughout the church added exponentially to the spectacle that will forever link the melody to weddings.

2. "Cucurrucucu Paloma” in The Five Year Engagement
The idea of Chris Pratt singing a Mexican love song to his bride in Spanish may sound like comedic gold, but the scene is actually wonderfully sweet and the tune achingly romantic (regardless of the language barrier). In circulation since the 1950s, the tune has been recorded by artists as diverse as Luis Miguel, Harry Belafonte, and Joan Baez, pretty much ensuring you can find a version that works as a cultural special dance song or background tunes for your cocktail hour.

3. “Chapel of Love” in Four Weddings and a Funeral
While there are plenty of delightful moments in this romantic dramedy over which to swoon, the closing credits that flash forward to reveal the future of each main character are particularly heartwarming, and the cover of The Dixie Cups’ famous song by Elton John gives it a sophisticated ring. A great, retro alternative to Pachelbel's Canon in D for your bridesmaids’ processional.

4. “Don’t Stop Believin’” in The Wedding Singer
Although its appearance in the movie is brief, the awesome classical arrangement of Journey’s rock anthem launched a bona fide trend that sent droves of real-life musicians scrambling to learn the sheet music. Have a listen of the whole melody in string format and see just how easy it would be to sneak Journey into your ceremony music.

5. “Flightless Bird, American Mouth” in The Twilight Saga: Breaking Dawn - Part I
You don’t have to be a fan of the movie to appreciate the loveliness that is the melody of “Flightless Bird, American Mouth” by Iron & Wine. And while the lyrics themselves are odd to say the least (don’t look), the dreamy refrain of “Have I found you?” is what tends to stand out and melt the hearts of Twihards and Anti-Twilighters alike. Beautiful as ceremony music or a slow song for your first spin as husband and wife.

6. “Hold On” in Bridesmaids
The highlight of a movie that is filled with memorable scenes, Wilson Phillips singing at the nuptials in Bridesmaids basically guaranteed that “Hold On” would be forever associated with nuptial events. Don’t be put off by the fact that the lyrics themselves aren't romantic, as it is best enjoyed in a group dance with your girls whilst singing along at the top of your collective lungs. 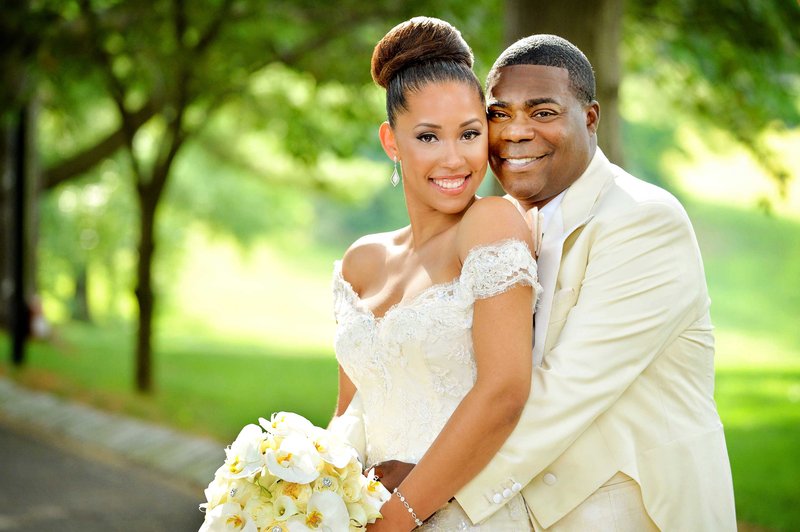 7. “I Do I Do, I Do, I Do, I Do” in Muriel’s Wedding
The title of ABBA’s irresistibly effervescent tune practically demands it be considered popular among wedding songs, and it worked flawlessly as the absurdly happy processional music at Muriel’s title event. If it’s too informal for your walk down the aisle, consider it for your grand entrance into the reception or as a unique first-dance song.

8. “I Love You” in Runaway Bride
Perhaps the only thing better than seeing Julia Roberts and Richard Gere reunite on-screen is watching their romance unfold while this melody plays in the background. Joyfully upbeat, “I Love You” remains Martina McBride’s biggest hit to date, and works fabulously as a buoyant alternative to a slow song for your first spin as husband and wife.

9. “I Say a Little Prayer” in My Best Friend’s Wedding
The second Julia Roberts flick on our list, My Best Friend’s Wedding launched a thousand sing-alongs with its jubilant rendition of Aretha Franklin’s hit lead by the dashing Rupert Everett and joined by most of the rest of the cast. A great choice for general reception dancing, it can also be played during dinner in hopes that your guests will be inspired to recreate the scene.

10. “I’ve Got You Under My Skin” by Michael Bublé in The Proposal
Written by Cole Porter for a 1930s musical, this romantic staple was famously recorded for mass consumption by Frank Sinatra himself, and went on to be covered by a long list of artists. It’s only used as background music in a party scene in The Proposal, but Michael Bublé’s velvet jazz treatment makes the song a top contender for a first dance, cocktail hour, or the reception.

11. “My Girl” in Father of the Bride
We realize that “My Girl” is on just about every list of father-daughter dance songs in existence, but who can resist the basketball scene between George Banks (Steve Martin) and Annie (Kimberly Williams)? If the original version by The Temptations seems too cliché, consider a string version like the melody that plays briefly during the movie’s reception scene.

12. “Over the Rainbow/What a Wonderful World” in 50 First Dates
Israel Kamakawiwoʻole’s touching medley highlights the final scene (spoiler alert!) of Adam Sandler and Drew Barrymore’s heartwarming romantic comedy. The poignant sound of the ukulele paired with the late Hawaiian performer’s famously beautiful voice is perfect as a touching alternative to the traditional wedding march or as a moving first-dance song.

If you're looking for other romantic song lyrics and ideas, consider "Endless Love" by Lionel Richie, "Kiss Me" by Sixpense None the Richer, "Today Was a Fairytale" by Taylor Swift, "A Thousand Years" by Christina Perri – all from a number of movies, "Anyone Else But You" from the movie Juno, or one of the most classic love songs that will always stay in style: "Unchained Melody" by The Righteous Brothers. Whether you choose to incorporate these wedding songs from your favorite movie at the wedding itself or in your wedding videos, we wish you the best of luck as your planning the details of your special day!

15 Songs for Your Wedding Highlight Reel

Find the perfect soundtrack and wedding trailer songs for the video of your nuptials.

Be inspired by these traditional and unique tunes for your ceremony processional song.

15+ Romantic Song Lyrics to Use in Your Wedding

How to Deal with Unexpected Wedding Guests