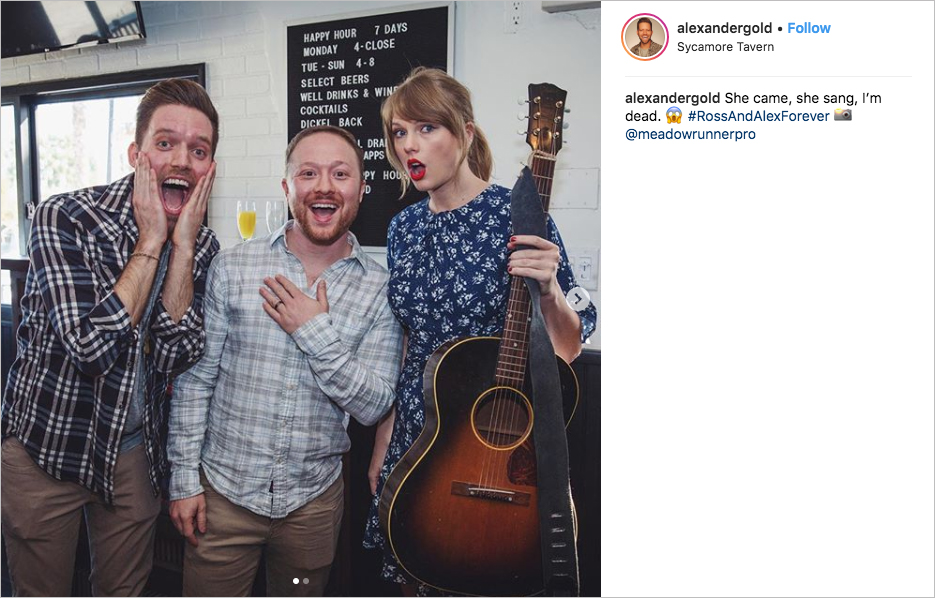 Taylor Swift has become well known for going above and beyond for her fans, and that is a trend that doesn’t seem to be ending any time soon. Alex Goldschmidt, an LA-based associate director of a digital media company, is a super fan of the “Delicate” singer and has even met her numerous times. In fact, People reports that he appeared in the video for “Shake It Off.” So when it came time for Alex to propose to his boyfriend of three years, he had to reach out to the iconic singer-songwriter. “I wrote Taylor to thank her for years of great advice and for writing ‘King of My Heart,’” Alex tells Inside Weddings, referring to the song that feels so special to his relationship. She responded with a way to make the engagement unforgettable. “It was her idea to perform and make this the most special day of my life,” Alex confirms. 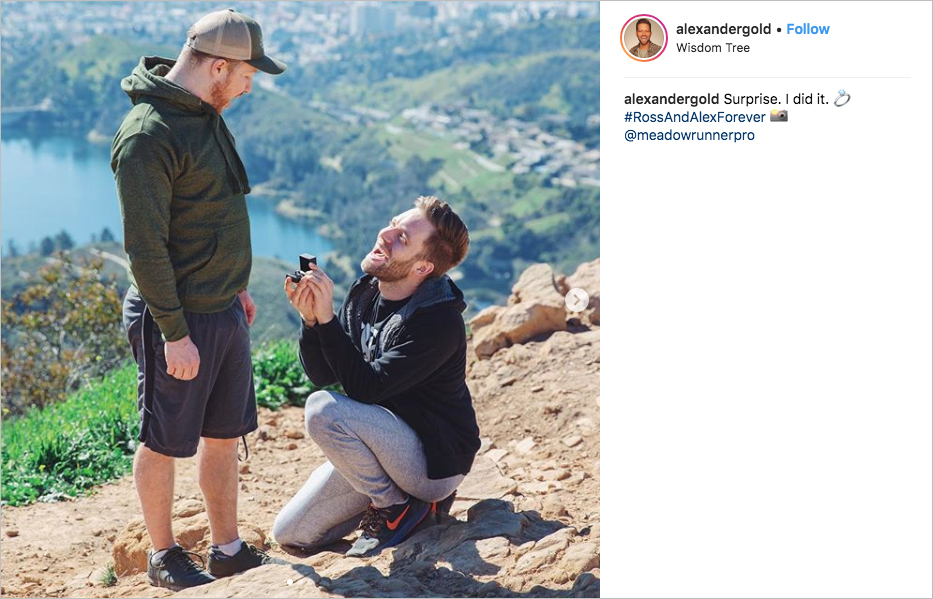 The proposal itself was more personal and intimate. Alex took his sweetheart Ross Girard on a hike to Wisdom Tree in Hollywood, where they had spent their second date. “Our friend Hannah took a photo of us recreating a picture from that date and then I got down on one knee,” he says. Photographer Leigh Gaston captured the moment with the natural beauty of Southern California serving as the perfect backdrop. Little did Ross know that his new status as a groom-to-be was far from the only surprise in store. Alex had organized an engagement party, complete with friends and family flying in for the occasion. 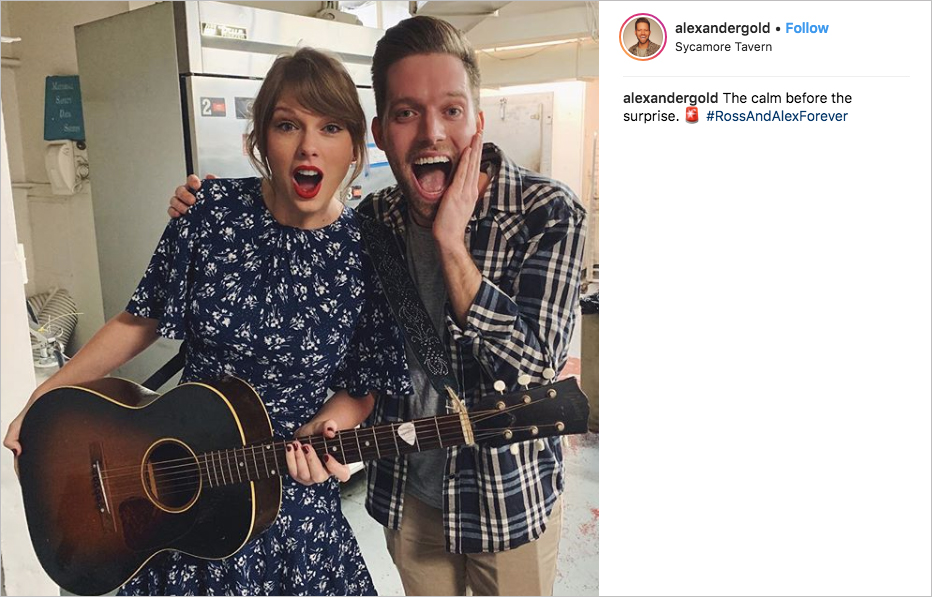 During the fête, Alex made a toast thanking everyone for attending the party and keeping the secret while he planned his proposal. Then he revealed that he had one more surprise, and Taylor Swift walked out with her acoustic guitar, to the shock and delight of the crowd. Casually chic in a flowy navy-and-white floral dress, donning a ponytail and her signature red lipstick, the singer serenaded the couple and their loved ones with “King of My Heart.” Watch the full video below!

See the engagement shoot of Echosmith's lead singer Sydney Sierota and read about the real-life proposals planned by grooms featured on Inside Weddings.

Learn How to Make a Beautiful Wreath for the Holidays